The birding has definitely slowed this month with less birds seen of most species. Nevertheless, we did manage one new species with the very welcome sighting of a pair of Kingfishers along the water filled section of the New Cut Canal opposite the kissing gate at the start of the board walk in transect 1.

Significant absentees this month were the Reed Warblers and the Willow Tits. The highlights of the day was undoubtedly the Kingfishers and a very obliging Buzzard in the hedgerow of transect 4.

The most successful area of the survey this month was transect 7. 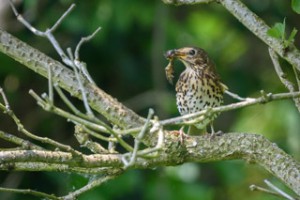 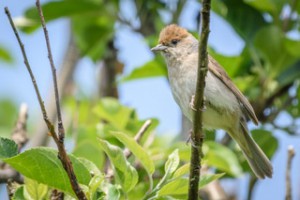 Only 1 Grey Squirrel seen during this month’s survey.

A big thanks to Harold Green and friends and Cheryl Knott of Lancashire Wildlife Trust for organising this enjoyable and informative insight into the fascinating world of bats.

This is the best time of year for butterflies on the Meadows with the first Peacocks being seen plus Comma’s, Red Admiral’s and Speckled Wood. 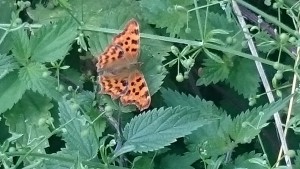 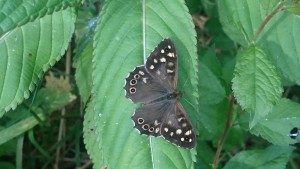 The Walk will be augmented by the use of bat detectors to aide in the location and identification of the species prior to hopefully spotting the individual.

The evening will commence with a brief discussion and familiarisation with some of Harolds rescued bats prior to crossing over into the Ecology Park & heading off through Woolston Park South & then along the river bank.

The evening may well continue for a couple of hours into the dark (depending on success and weather etc.). Safe passage at appropriate intervals back to a lit street environment will be provided to anyone wishing to leave earlier, who may be unfamiliar with Paddington Meadows.

It’s free to come along and enjoy and learn about these fascinating mammals. An optional  small donation would be appreciated to assist in the running of Harold’s Bat Hospital.

What may we see?

Common Pipistrelle Bat (Pipistrellus pipistrellus) one of the most common species. 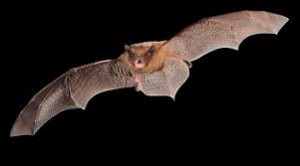 Medium to dark brown. Face and around the eyes usually dark

A tiny bat; they are common throughout Britain. Like  other bats, pipistrelles are nocturnal.

They emerge at dusk to feed for a couple of hours before returning to their roosts.

In the winter they hibernate in trees and buildings. In the summer they use trees, buildings and bat boxes to roost. Pipistrelles are agile, fast fliers.

During the breeding season males defend a territory, Females visit these territories and after mating give birth in June and July, usually to a single baby. Bats are mammals and feed their young milk. After about three or four weeks the young bats are able to fly and leave the roosts in August.

What does it eat? Small insects, such as moths and gnats.  A single pipistrelle can eat 3,000 gnats in one night. 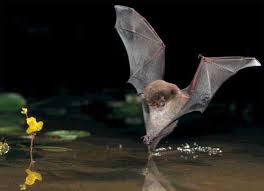 Daubenton’s bat is a medium-sized species. It has a steady flight, often within a few centimetres of the water surface and is reminiscent of a small hovercraft.

Daubenton’s bats usually feed within about 6km of the roost, but have been recorded following canals for up to 10km (at speeds of up to 25kph). They usually take insects from close to the water and have even been seen taking prey directly from the water surface, using their large feet as a gaff or the tail membrane as a scoop. 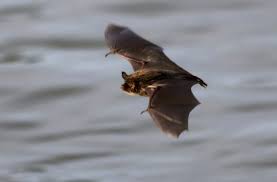 The noctule bat is one of the largest British species and is usually the first bat to appear in the evening, sometimes even before sunset.

Noctules have broad brown ears and a distinctive mushroom-shaped tragus.

Noctule bats can fly at 50 kph. Most food is caught on the wing and eaten in flight but occasionally prey is taken from the ground and in suburban areas noctules are attracted to street lamps to feed on moths.

During spring noctules will feed mainly on smaller insects such as midges, changing their diet to take beetles and moths later in the season. They forage mainly at dusk for up to two hours and for about half an hour at dawn. They are known to fly over 10km from roost to feeding areas.