by Amanda, Trish and Terry

A cold and damp morning on the Meadows;  dry underfoot despite the unexpected drizzle. Despite the weather several Song Thrush, Chaffinch and Robin were in song to proclaiming their new territories.

A couple of first timers this month for a survey date but both had a bit of inevitability about them. Firstly, a “gulp” of 4 Cormorant seen on the Mersey adjacent to Woolston Tip; feeding avidly before the rowers ventured up river.

Cormorant can be seen virtually every day tantalisingly close on the pylons of Number 4 bed, but rarely do they venture into our “patch”.

Secondly, a solitary Coal Tit amongst the other Tits at the entrance to the Meadows at Larkfield Avenue. Seen and heard before but never on a survey day.

As was the case in January, there were some welcome returnees. A pair of Tufted Duck on the river amongst the Cormorants and 3 Meadow Pipits in the hedgerow between transects 5 & 8.

Only one raptor seen during this months survey a Male Kestrel.

The most successful areas of the survey this month were transects  2 & 3.

Outside of the survey date, on the 18th and 26th a Little Grebe was spotted in the river at the corner of transect 7 adjacent to the missing kissing gate and on the 18th a Goldcrest was flitting along the riverside hedgerow of transect 4.

After an absence of five weeks or so the Buzzards are back; at least two seen displaying and mewing over the Meadows. 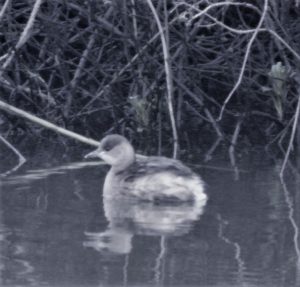 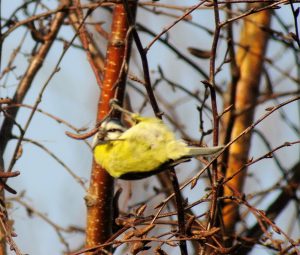 Blue Tit amongst the Catkins transect 10 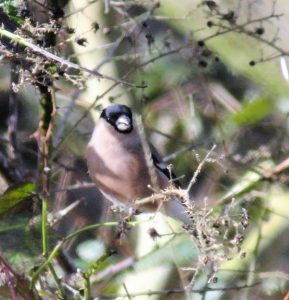 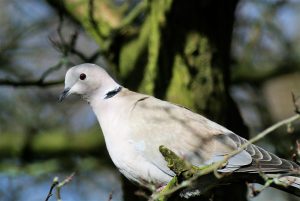 Collared Dove near entrance to Paddington Meadows at Larkfield Avenue 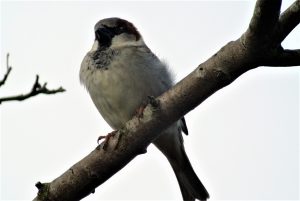 House Sparrow hedgerow between transects 3 and