by Amanda, Geoff and Terry

A warm and still morning on the Meadows;  muddy underfoot but not as bad as it had been in the week earlier.

Only one first timer this month, but something of a surprise. The unmistakable song of a Cetti’s Warbler exploded out of the riverside undergrowth close to Spittal Brook bridge. As the last recorded bird on the survey, this sent everyone home with a smile on their faces.

The bird has been heard several times since and is still likely to be in the same area.

New sightings for the year and for only the second time on a survey date was the welcome return of a Kingfisher in transect 1, as before, and a pair of Gadwall were on the river close to the outfall of Spittal Brook.

This was a three raptor morning with Kestrel, Buzzard and Sparrowhawk all in evidence.

The most successful areas of the survey this month were transects  2 & 12.

There has been a report of a Barn Owl seen hunting over the Meadows at night; please let me know if you see it.

3 Comma and Two Small Tortoiseshell Butterflies were seen on a warm and sunny 15th March. 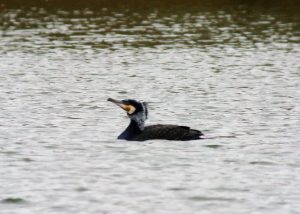 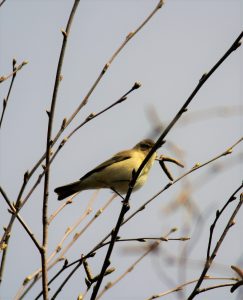