A cool, calm and sunny morning
Temperature 10 C to 17 C

3 Meadow Pipits in transect 8, which although not rare are an infrequent visitor to the Meadows.
A cool summers morning which had you wandering how many layers to wear. Too many by the end of the survey!

August begins the changing of the guard as summer migrants begin to leave for warmer climes or start putting on bulk by gorging on the summer fruits. Hence the hedgerows in transects 3 and 8, heavy with black and elder berries, were the most prolific areas, busy with Blackbirds, Blackcaps and Chiffchaffs.

Not to be out done, a massive charm (approx 125) of Goldfinch were harvesting the plentiful seed heads of the wildflower meadow (transect 7).

Still no Cetti's Warbler or Willow Warbler this month, but nice that a Lesser Whitethroat and a family of Long-tailed Tits showed this month.

Two raptor species were seen during this months survey with 2 Buzzards and a Sparrowhawk making the most of the thermals in the late morning as the air temperatures rose over transect 11.

The Mute Swans in transect 1 still have two cygnets which are now two thirds grown.

Outside of the survey date a Willow Tit (2nd August) and Treecreeper (7th August) were seen in transect 12 in the large willows at the confluence of the Spittal Brook and The River Mersey and a Kingfisher was seen slightly further down river having a spot of late evening fishing (2nd August).

A young Little Grebe was noted on the river from the promintary of the river bank in transect 11 (7th August).

Two Nuthatch has been regularly visiting bird feeders on Larkfield Avenue and one was heard on the boardwalk in transect 2 (21st August); a first for the survey area.

A further Willow Tit was seen and heard in the corner of transect 7 (the wild flower meadow) in the trees on on the banks of the river near the missing kissing gate on the 30th August.

On the previous evening to the bird survey, 48 intrepid souls braved the annual bat walk round the New Cut Canal and Paddington meadows.

Numerous bats were seen at dusk or located on the bat detectors as the light faded, with a total of three different bat species being identified namely Common Pipistrelle Bat; Soprano Pipistrelle Bat; and Noctule Bat.

A big thanks again to Harold "Batman" Green and his colleague plus Tony Da Silva and Michael of Lancashire Wildlife Trust for again organising an enjoyable and informative insight into the fascinating world of bats and for the loan of their bat detectors.

Several meteors were seen streaking across the clear night sky during the walk, as it was the peak of the Perseid Meteor Shower.

The amount of butterflies remains at its peak.

The Gatekeepers and Meadow Browns have finally been joined by Peacocks and Painted Ladies.

Wildflowers abound this month especially along the New Cut canal bank with Purple-loosestrife (Lythrum salicaria) and Wild Marjoram (Origanum vulgare) amongst the many wildflowers currently in evidence.

Harold “Batman” Green in full flow prior to the bat walk 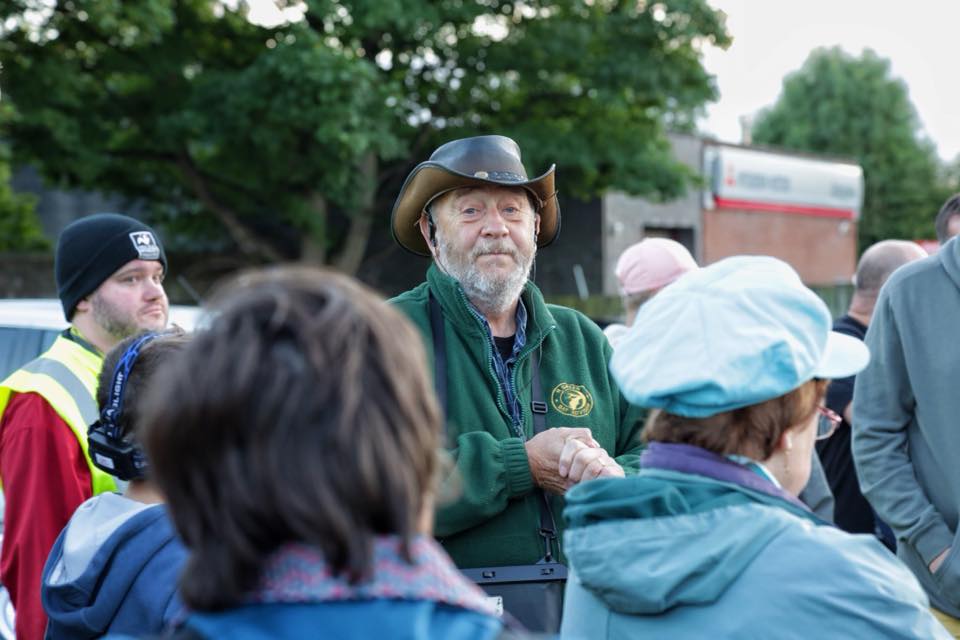 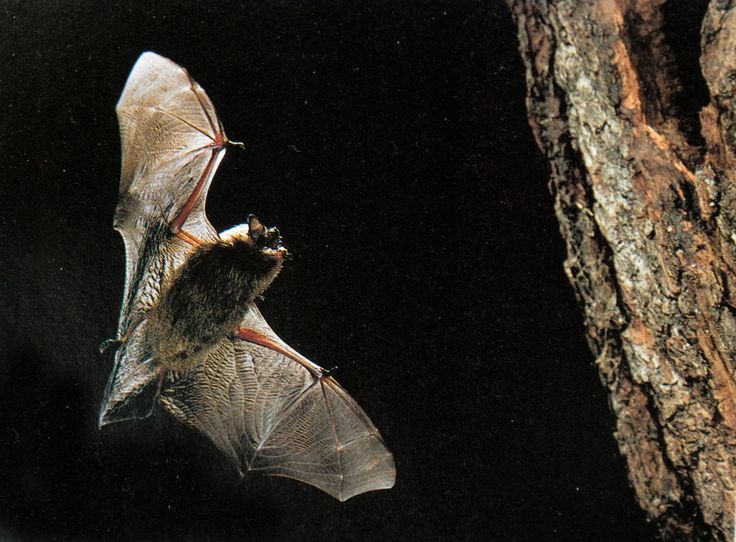 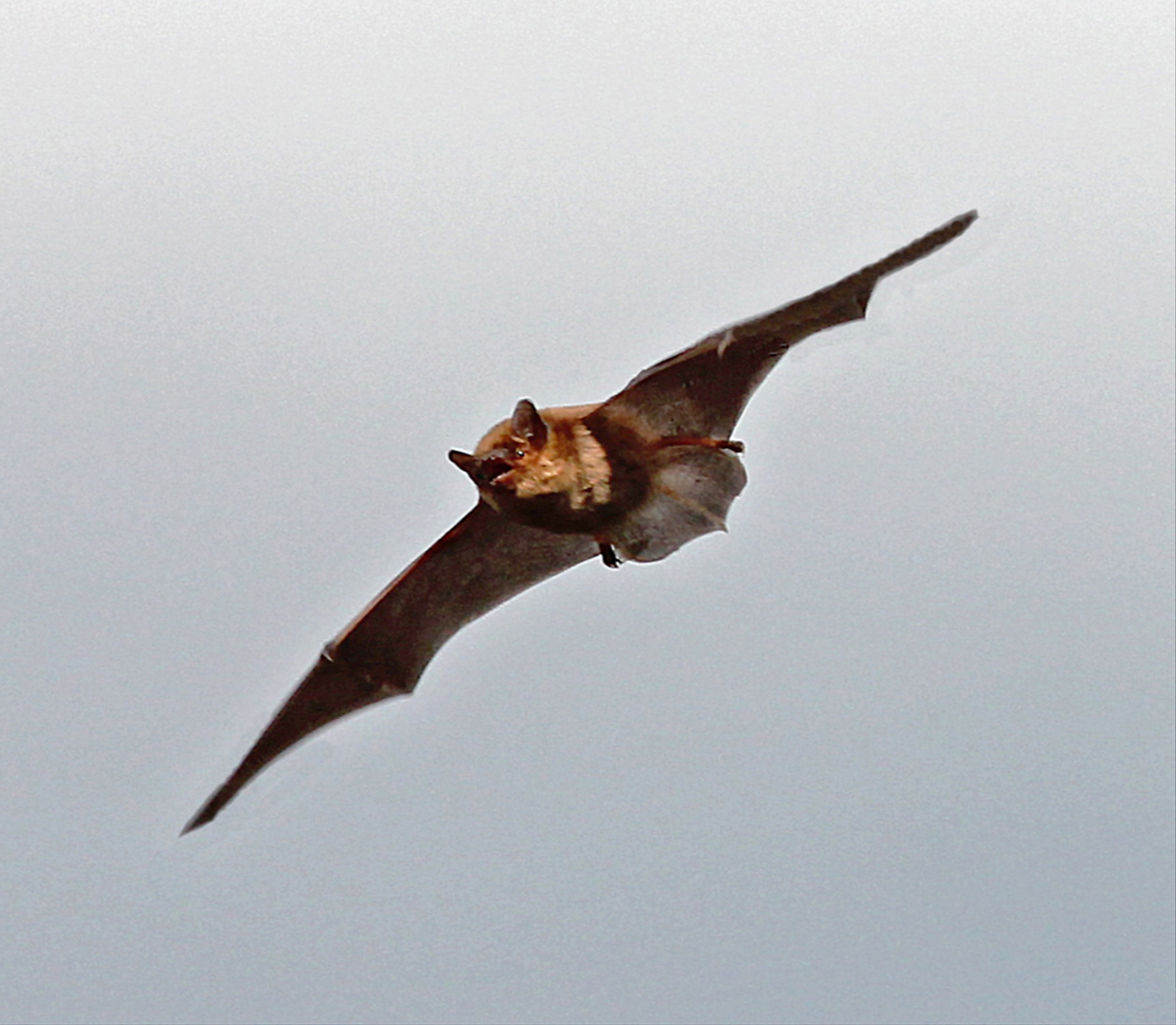 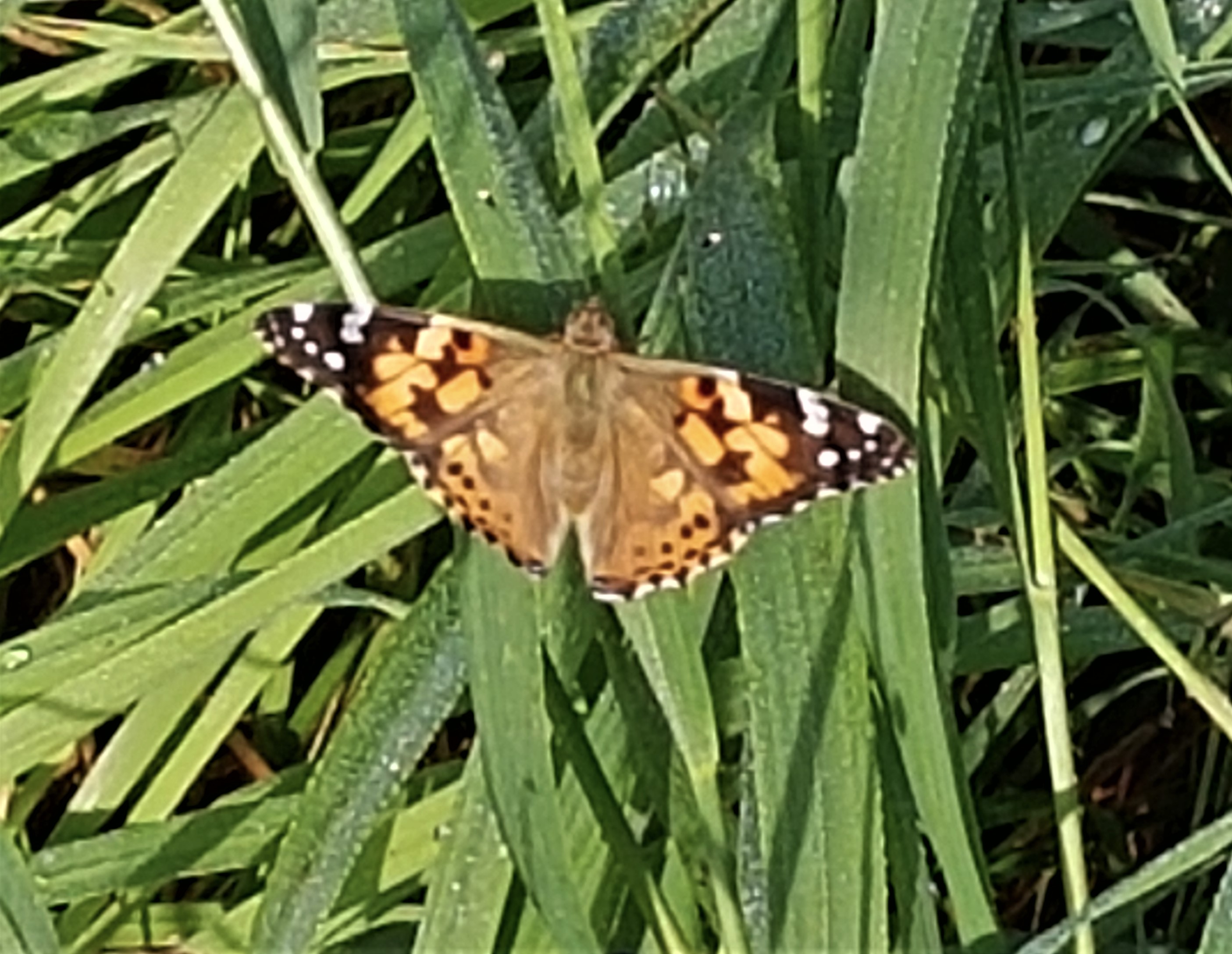 Pair of Mute Swans with their Cygnets 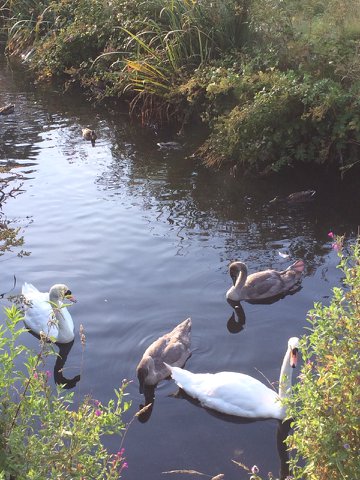