A pleasant morning's birding, with  5 more species than February. As last month the cold snap meant that several "first sightings" have turned up with two of them on the survey day.

March's survey highlight was undoubtedly the Shelduck which were probably visitors from the Eyes. These large attractive ducks have been seen for several days on the Mersey from transects 11 and 12. There was also a solitary Herring Gull on the river in transect 12, surprising to note that this gull has never been seen to land within the patch although several are seen regularly seen flying overhead. The return of the Great Crested Grebe was also welcome as this species has not been seen since 2016.

Two raptor species seen this survey; 3 Buzzard enjoying the late morning thermals and a very active Kestrel which was hunting over most transects of the Meadows.

Outside of the survey date this month has proved very productive with several interesting species sighted plus two species not seen before on the Meadows, possibly for dozens of years, namely 6 Lapwing in transect 6 on the 3rd and a Skylark in display flight and song over transect 8. Nice to see both of these Red List birds back on the Meadows.

Several sightings in various locations throughout the Meadows of the Skylark's cousin the Meadow Pipit were noted between the 1st and the 18th March. A solitary Fieldfare was noted in transect 8 on the 2nd. This species was not seen at all in 2017 despite the numerous Redwing that continue to be seen.

A solitary Great Spotted Woodpecker was logged on the 25th in transect 11 and a Graylag Goose was present with a flock of Canada Geese on the 15th March. Two Jay were seen in the hedgerow of transect 6

There have again been reports of several Lesser Redpoll visiting bird feeders on Larkfield Avenue (20th).

Also, further sightings of the Barn Owl have been reported over the Meadows in the early evening.

The first sighting and sound of the Chiffchaff was logged on the morning of the 28th March, thirteen days later than last year. 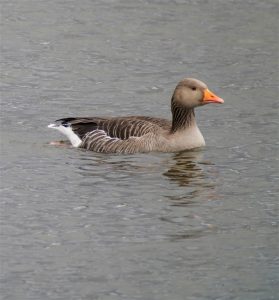 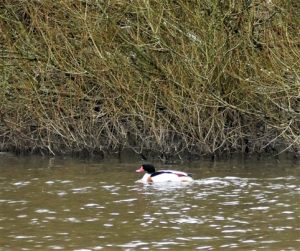 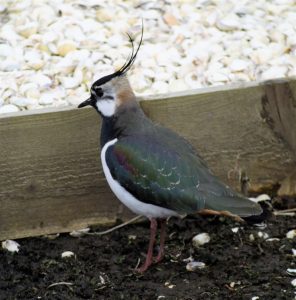