A weekend of various wildlife surveys took place on the New Cut Trail and Paddington Meadows on the 13th, 14th and 15th of this month as part of the national Bioblitz initiative.

With the hot weather and birds being in moult there was a reduction of nine in the species count this month compared with last. Despite there being no new species this month during the survey, it proved to be an outstanding month for other wildlife largely down to the Bioblitz weekend.

The bird survey itself was exceptional for the large number of Starlings and Swifts both feeding on the same insects, high over transects 5 and 6. Furthermore, Goldfinch have begun to gather in large charms especially in transects one and seven and dozens of Collared Dove have taken to roosting in the pylons in transects five and six a phenomenon never noted before.

Both Common Buzzard and Kestrel were seen during the survey and Sparrowhawk have been noted regularly during the course of the month.

The raptor with pride of place this month though was seen on the morning of the Bioblitz when a Red Kite was seen flying low over transects five, eight and eleven before flying South East towards the Eyes.

Good views of a Grasshopper Warbler were available in transect 10 during the survey, whilst the Sedge Warbler in transect 8 was still resident on the Meadows until the 19th of the month. Cetti's Warblers have been conspicuous by their absence this month.

A Willow Tit was seen on bird feeders on Larkfield Avenue on the 7th of the month and heard on the 20th nearby in transect 2.

A Common Sandpiper was seen on the river bank of transect seven on the 22nd during a low water period and two Raven were seen during a windy morning in transect 2 on the 28th.

After a poor summer for the species, several Swallows have been noted feeding over the Meadows over the last few weeks.

6 species of bat, 7 Grey Squirrel and 2 weasels were logged during this month's survey. See Bioblitz report for more details.

Lots of insect activity now thanks to the weather with lots of Meadow Brown; Gatekeepers; Speckled Wood; Large White, Large Skipper. A single Painted Lady, several Small Tortoiseshell, Peacock and Red Admiral. A large but harmless Hornet Hoverfly was seen in the Buddleia in transect 1 on the 31st. See Bioblitz report for more details.

Common Knapweed and Ragwort are the dominant species on the Meadows this month, with the Blackberries now ripe for the picking in transects 7 and 8 especially. See Bioblitz report for more details 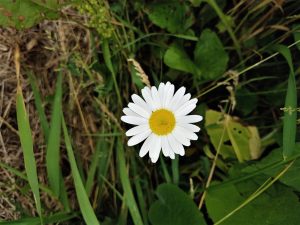 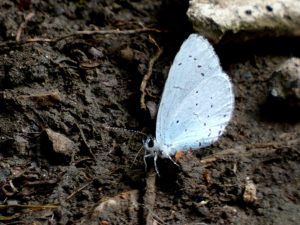 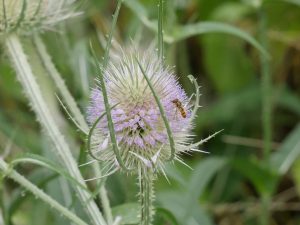 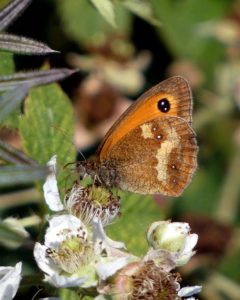 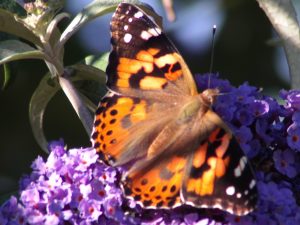 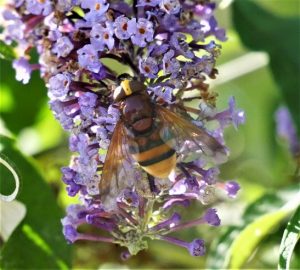 The 12 transects of the bird survey route. 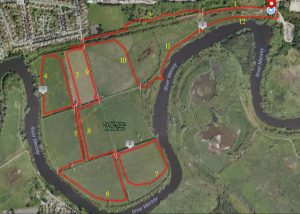