Sybil Hogg took lots of photos of Woolston area, she was the daughter of the weir man Tommy Waring.
The old weir house was by the old weir and Tommy Waring lived in it with his wife and 3 children, of which two were Alan and Sybil. His wife used to give Len England custard tarts which were wonderful.
Weir Lodge as it is called nowadays Alan Waring lived there and worked as the weir man.
Sybil later moved into No 51 Weir Lane.
There are two white cottage at the bottom of Weir Lane no 51 and 53 the second cottage belonged to the Warings. Originally it was one house which was a pub. Woolston wharf was behind it. It was then extended at either end and made into two cottages.
Inside the cottage there was a step down and a shelf where the barrels of beer were kept. In one of the rooms there were small sliding doors in the wall where spirits were kept.
Sybil had lots of photos and information about the area but she burnt a lot as a man was trying to get them off her and she thought he was going to sell them. 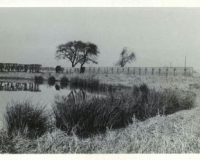 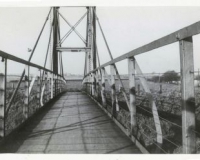 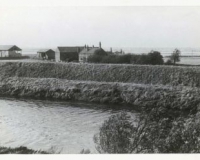 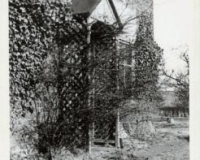 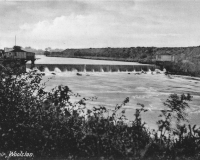